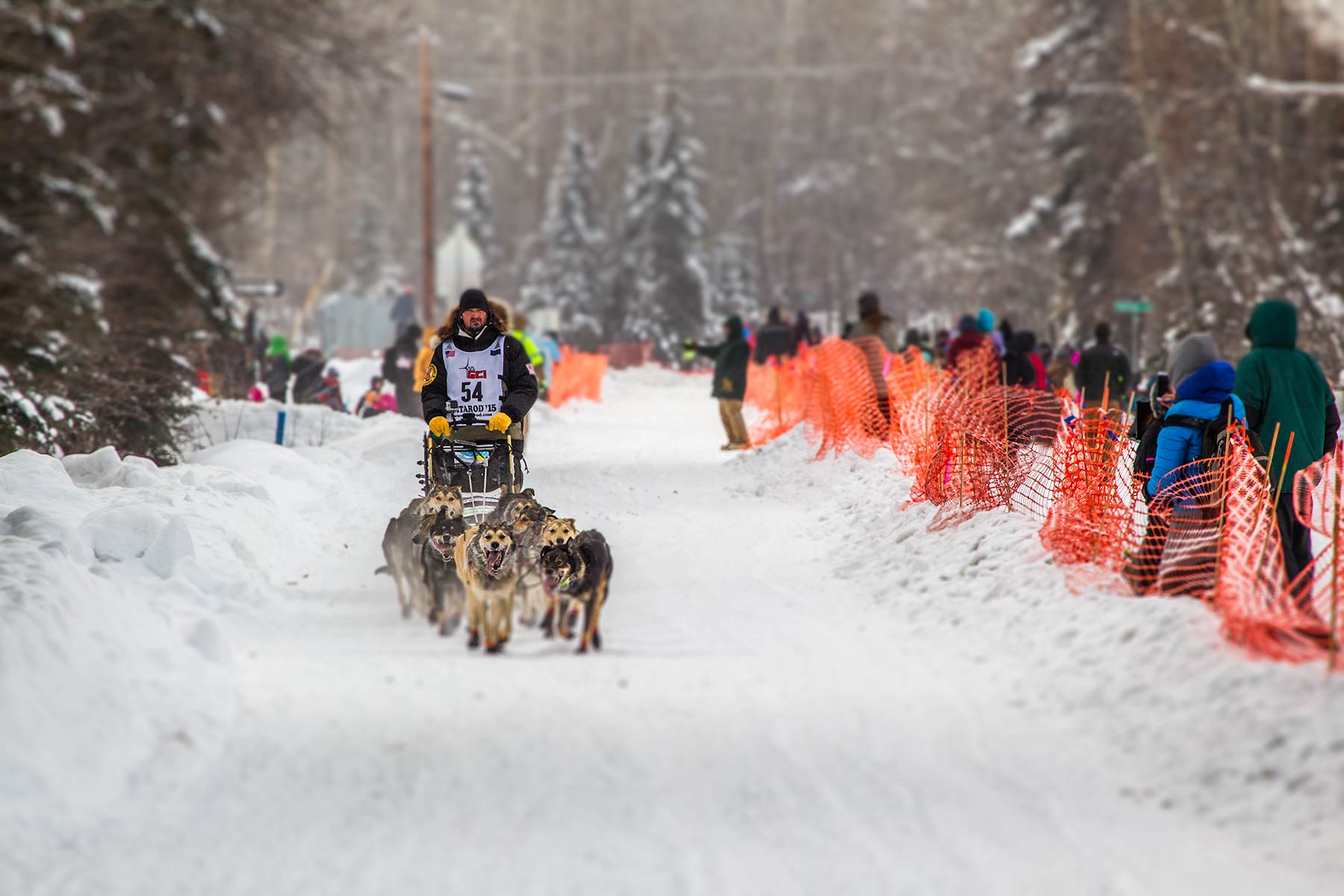 Charter flights for you to follow the Iditarod from start to finish.

One of the questions we are often asked is "How can I best see the Iditarod?" Iditarod tour flights are the best way to see this great event. Sheldon Air Service offers full Iditarod race following air support, from the ceremonial start in Anchorage, to the first checkpoints at Puntilla Lake and Rainy Pass, all the way to Nome.

An Iditarod flight is the adventure of a lifetime, the best way to fully appreciate the last great race is to utilize a ski-equipped bush plane. Sheldon Air Service can customize your tour as the race plays out - putting you right where you need to be to witness first hand the strategic and often dramatic moves the race leaders make as they duel to the finish line in Nome.

Sheldon Air Service also offers an exclusive Day Trip from Talkeetna to the historic Puntilla Lake checkpoint. This trip is scheduled for Monday, March 7th, 2022 and is an excellent way to view the leading mushers on the Iditarod trail.

Seats are still available for the Puntilla Lake Day trip!

Specialty trips are available from Anchorage. See the bottom of this page for details.

The running of the Iditarod from Anchorage to Nome, will begin with a ceremonial start in downtown Anchorage, on Saturday March 5th, 2022. The race begins in earnest with the restart in Willow the following day. From there, the teams of Iditarod mushers will embark on their adventure through 1000 miles of arctic wilderness, two mountain ranges, forbidding weather and intense competition on the way to Nome.

The Iditarod was first run in 1973, but was largely unknown outside Alaska, until 1985, when Libby Riddles made a daring move into a fierce coastal blizzard and became the first woman to win. The following year, 1986, Susan Butcher became the second woman to win the Iditarod. Butcher went on to rack up an enviable record in any sport, becoming the second four-time winner in 1990 and the first musher ever to win four out of five sequential running's of the epic race. She is commemorated by Alaskans on Susan Butcher Day. Through her accomplishments the race came to national attention in the early '90's.

To get a feel for the view from the runners of an Iditarod dog team, have a look at this video by Aliy Zirkle as she and her team descend the notorious Happy River Steps in the Alaska Range.

Iditarod sled dog racing is something that cannot really be conveyed by televised and online coverage. To fully appreciate the Iditarod, one must follow the action in the environment, see the vast distances involved, and observe the mushers rest and refuel at a checkpoint before mushing on into the vastness. And the energy and spirit of sled dogs must be experienced to be believed!

Rainy Pass is one of the early obstacles in the complex course. The Pass is part of the Historic Iditarod Trail, but until 1976 the pass was inaccessible, and the route detoured through Ptarmigan Pass, also known as Hellsgate. From Skwentna, the route follows the Skwentna River into the southern part of the Alaska Range to Finger Lake. The stretch from Finger Lake to Rainy Pass, on Puntilla Lake, is among the most dangerous in the Iditarod, as the teams follow the narrow Happy River Gorge, where the trail balances on the side of a heavily forested incline. 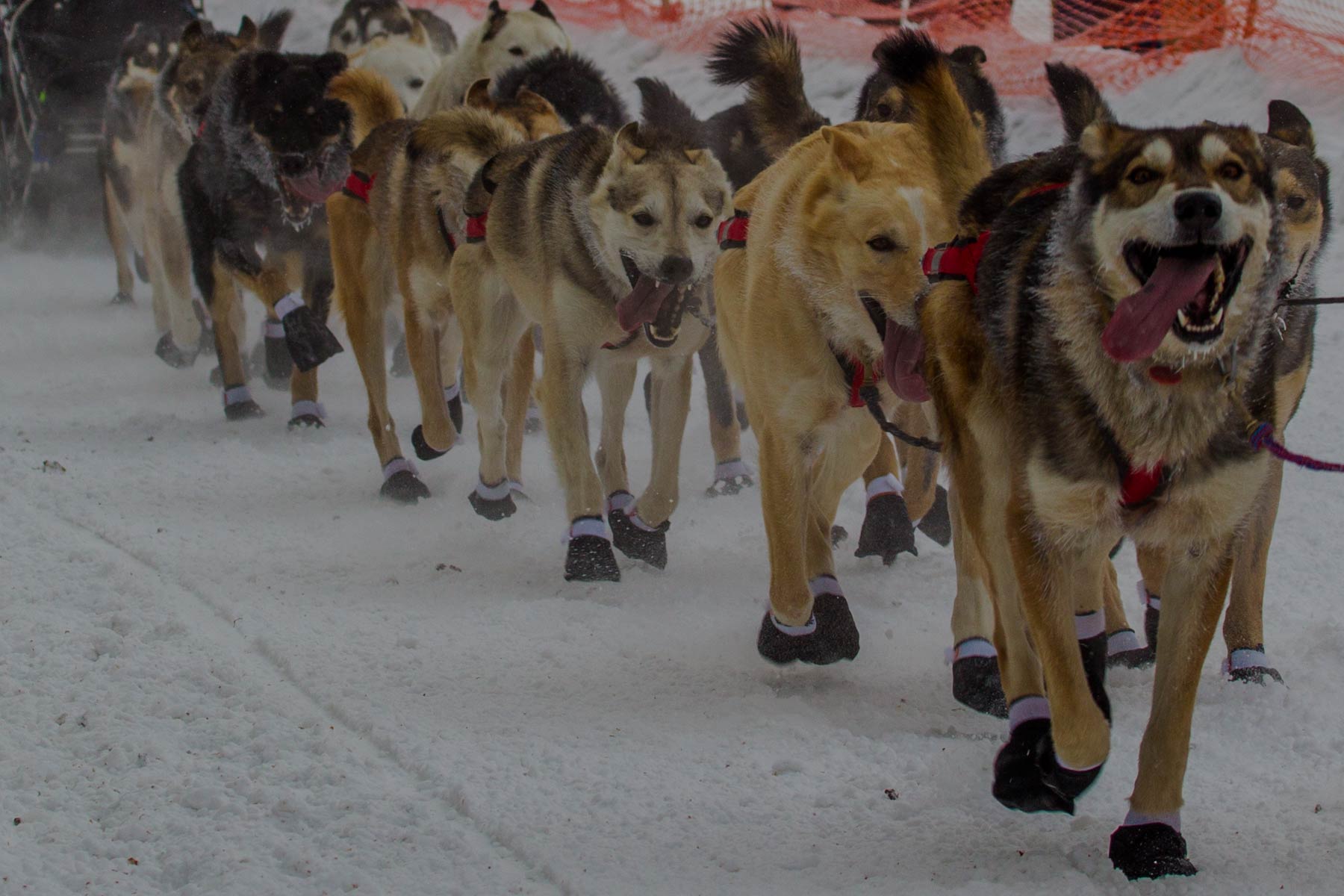 The 2022 Puntilla Lake Day trip is scheduled for Monday, March 7th, 2022. By then, early race leaders will have arrived at the Iditarod's Puntilla Lake checkpoint and the trail will be full of the pack chasing them from Willow.

You will be able to watch a steady stream of Iditarod mushers come into the Puntilla Lake checkpoint. Lunch is available for purchase at Rainy Pass Lodge or you may pack your own. Pack warm gear, sunglasses, a snack, and bring your camera.

After departure from Talkeetna at 11 a.m. we fly you towards Rainy Pass, through the Alaska Range where you will have a great chance to view mushers on the trail and see moose, trapper cabins, expansive rivers, frozen lakes and the grandeur of the Alaska Range.

Call our office to reserve your seat as this flight offering is on a space-available basis.

Specialized flights are available from Anchorage. Call for details and pricing. 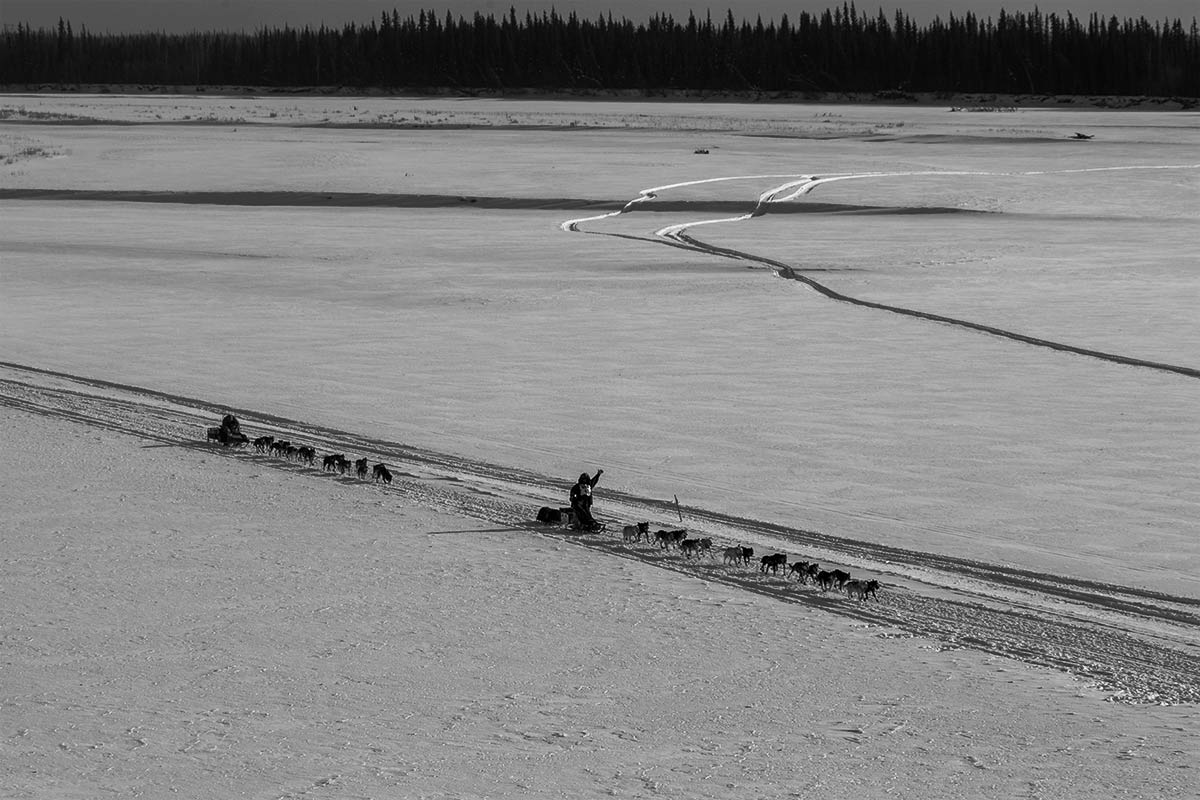 This unique air service is for the adventurous traveler who wants to follow the Iditarod mushers all the way to Nome.

This charter affords you the opportunity to personally talk to the Iditarod mushers, personally see and experience nearly 1000 miles of the Iditarod Trail across the Last Frontier and visit various Native Alaskan villages and cultures.

The Iditarod Tour could last up to 10 days. Contact Sheldon Air Service to discuss details of your adventure and we will craft you a personal Iditarod agenda to suit your desires for your experience of the Last Great Race.